The Warforged are a race of artificial humanoids created by the Ytarans at the height of The Dead Wars. Unlike regular golems, they contain biological components as well as mechanical, which means that less magical energy is necessary to animate them, allowing for more complex AI. This also gives warforged the "living construct" creature type, meaning that they are partially counted as living beings (healing magic and Speak with Dead work on them, but with only half of the usual effect).

As the Ytaran Empire fell, the Warforged ceased to receive regular maintenance and began to decay. Most of those still alive were placed in suspended animation and later revived without any memories of their pre-suspension existence. These are known as the Newforged.

A small number of the Warforged who did not enter suspended animation managed to keep themselves alive through divine magic, conjuration or canonicalizing parts from other Warforged. These are known as the Ancients.

Some particularly intelligent and amoral Warforged managed to spearate their souls from their bodies, becoming Dark Ancients. Some claim that they are responsible for the suspension of the Newforged, in an attempt to create a supply of fresh bodies to inhabit. 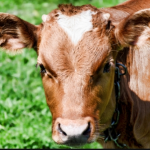