Toward the end of the shadowfin rebellion

Godfin Shuazul was the head of the Shadowfin monastery and leader of a monitor rebellion which threatened the Deluvian Empire (known thereafter as the Shadowfin Heresy). He led his entire monastery in a crusade-like revolt, claiming that the Empire had lost its way, and that his immense power was proof that Blibaal had chosen him to lead them back to glory and slaughter. It took all four other monasteries working together to stop Shuazul and his Shadowfins, and he is considered to be the third most powerful monitor in history, after Du and Unon.

Because of Shuazul's great power, combined with the fact that much more is known about his acts and his abilities after his death than the still-mysterious, still-living, Deathfin Du and Deathfin Unon, Shuazul is often used as a counterpoint in arguments between historians or between 'monitor fanboys'. In fact, he comes up so often as an exception to otherwise commonly accepted facts, theories and limitations on what monitors can do, that the phrase "Shuazul doesn't count" has become a major trope, being the most common retort to an opponent invoking the traitor's name in a debate.

Shuazul was eventually defeated and killed by "The Four", a group of four Deathfins comprising of one representative from each of the then-extant non-Shuazulite monasteries: Diamond Reef, Sons of Baal, Blood Mountain and Thundershore (Mako Ridge having not yet been founded). Of these, the only one yet named is Deathfin Tarun of the Sons of Baal.

It is also rumored that in the chaotic aftermath of the final battle in which he died, Shuazul's hands were each looted by a Deathfin from a different monastery, but in the centuries that followed, none of the temples admitted to possessing either hand - despite the fact that, together, they would represent an extreme "item of power" whose essence could be used in the crafting of the even the most powerful magic items, or perhaps even an artifact. 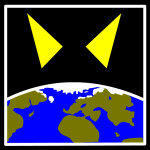